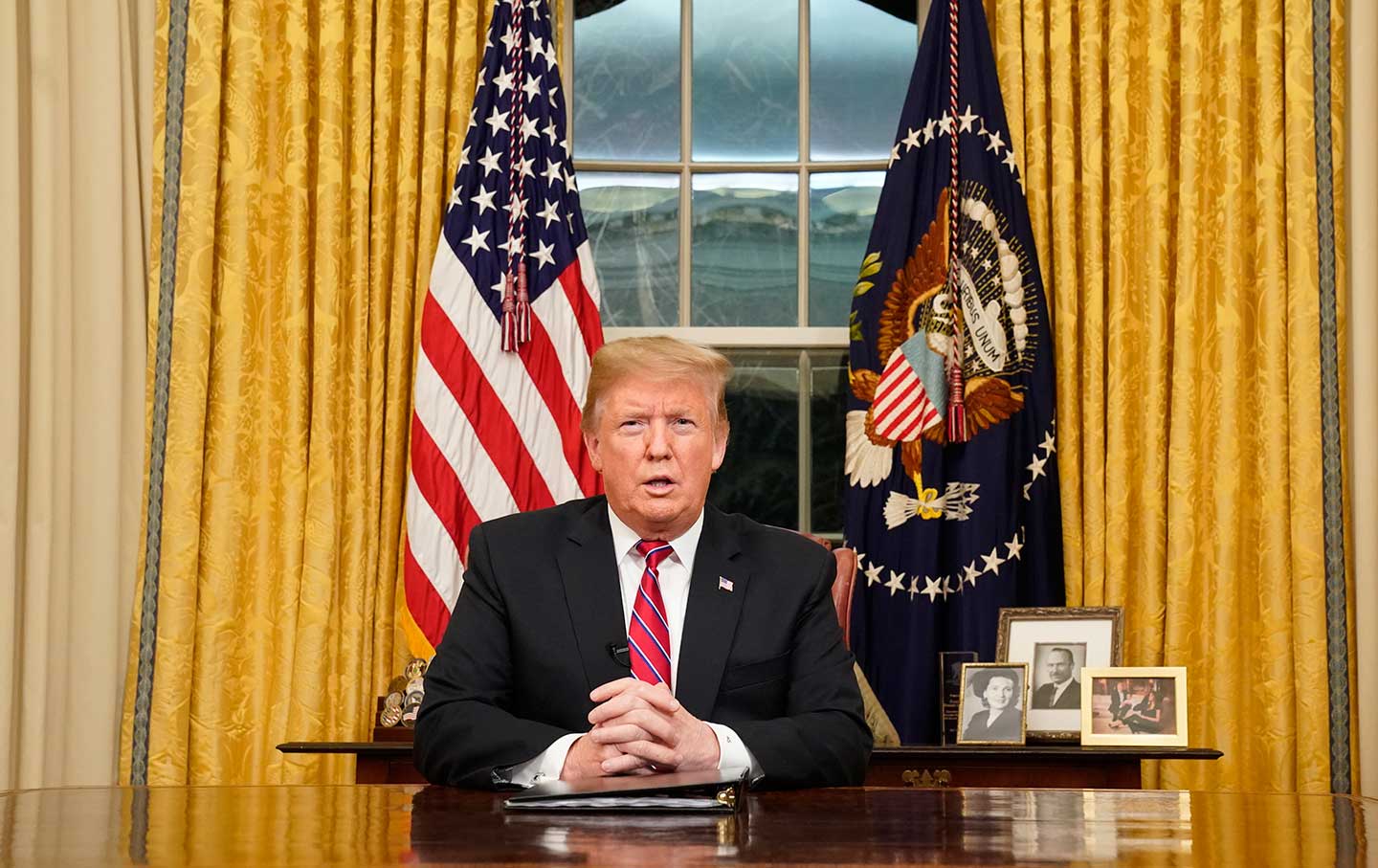 Last Tuesday, the major broadcast and cable news networks interrupted their regularly scheduled programming to air President Trump’s prime-time address on the nonexistent “crisis” at the US-Mexico border. The speech failed to live up to the seemingly endless hype, vindicating those who questioned the networks’ decision to provide a platform for Trump’s oft-repeated lies. “There wasn’t anything of substance that we haven’t heard many times before,” wrote Post columnist Margaret Sullivan. “And all the fact-checking in the world—worthy as it is—can’t make a dent in the spread of misinformation that such an opportunity gives the president.”

This kind of media malpractice has become familiar in Trump’s Washington, where politics is often covered as a spectator sport. In the first week of the new Congress, for example, House Democrats introduced a sweeping reform package to strengthen voting rights, limit the influence of money in politics and fight government corruption. Yet the coverage of the bill was almost completely drowned out by coverage of a faux controversy surrounding freshman Rep. Rashida Tlaib (D-Mich.) using an expletive in reference to the president. Journalists spent days covering the potential political fallout of Tlaib’s remark, with Politico reporting that “Democrats are furious” and “Republicans are positively salivating.” The new majority’s signature policy proposal and the real issues it addresses were virtually ignored.

Tlaib is not the only congressional newcomer who has already whipped the media into a frenzy. Despite facing a wave of outright misogyny from the right, Rep. Alexandria Ocasio-Cortez (D-N.Y.) is defiantly pushing new ideas into the mainstream, including a 70 percent top marginal tax rate that she floated on “60 Minutes.” That idea has decades of precedent, is supported by top economists and invites a necessary conversation about inequality. But much of the coverage seems more concerned with the political wisdom of Ocasio-Cortez’s proposal than its merits. National Journal politics editor Josh Kraushaar predicted that it would be “politically damaging” for Democrats, while the headline on a Bloomberg column proclaimed, “The Democrats’ Latest Idea on Taxes Will Only Help Trump.”

Morgan Stanley: If You’re Hoping For A Fed Bailout, These 3 Questions Must Be Answered